Carbon is a nonmetal element in group 14 with the atomic number of 6, which has four valence electrons A carbon

atom can form bonds with other carbon atoms or with the atoms of other elements. It often forms bonds with hydrogen. The carbon atom in a methane molecule forms bonds with four hydrogen atoms. Proteins, nucleic acids, lipids (cholesterol), carbohydrates, and other molecules essential to life contain carbon. Carbon is present in the atmosphere as carbon dioxide (C02), which makes up approximately 0.04% of the atmosphere.

In our class, we also did a science experiment and below is the Lab Report:

What will happen if you mix sugar and baking soda and pour the mixture in the mound of sand that’s soaked with alcohol?

the mixture will burn and turn into a black, solid 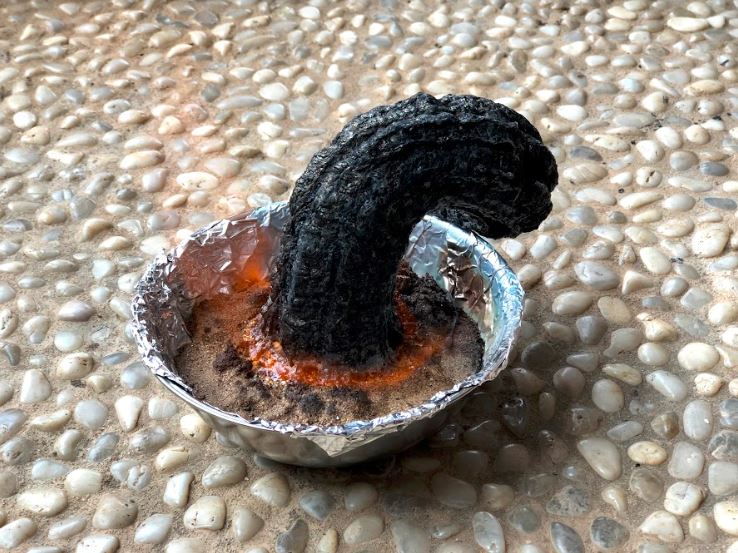 Due to the heat, it breaks the sugar bond (Carbon, Hydrogen, and Oxygen) and turns hydrogen and oxygen into gases, as a result, forming the carbon ash (snake). In the mixture, we added baking soda and when it’s heated, it releases carbon dioxide, which just like what baking soda does, allows the carbon ash to rise up. The role of sand that soaked with alcohol is to distribute the heat, making a continuous and steady fire. 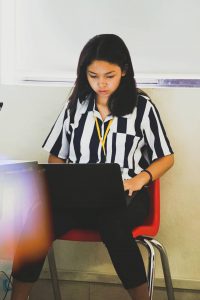 Hello, EVERYONE and Welcome to my blog! My name is Yanich Khin, a 14-year-old girl who loves doing photography and musical activities. I was born in a town in Kampot province. Currently, I am studying at Liger Leadership Academy, which is a school that offer 110 students free scholarships to study. This school’s learning curriculum is idiosyncratic and unique from others because we are educating based on projects and fascinating work. One thing that makes Liger disparate from others is the fact that students are meant to become change agents and faithful leaders of the future. I have gotten a lot of opportunities to go to many places and events all around Cambodia, and met many amiable people who are very inspirational.