Krong Kampot is a city of a coastal province, Kampot, in southern Cambodia. 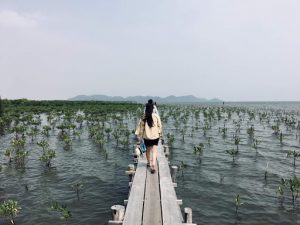 Despite the fact that it is one of the most visited destinations in the country, this province still faces the lack of amelioration of provincial infrastructure. In 3 years time, from 2016 to 2019, there aren’t many major upgrades to the city, aside from the local stadium and along the brackish, click here to see the changes. However, with a population of 22,691, this particular city is now trying its best to uplift the number of tourists to boost the province’s economy by focusing on developing new resorts and public holiday spots. 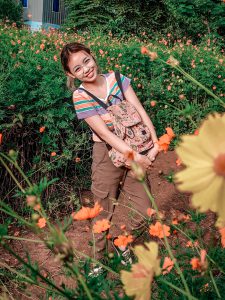 Hello, EVERYONE and Welcome to my blog! My name is Yanich Khin, a 15-year-old girl who loves doing photography and musical activities. I was born in a town in Kampot province. Currently, I am studying at Liger Leadership Academy, which is a school that offer 110 students free scholarships to study. This school’s learning curriculum is idiosyncratic and unique from others because we are educating based on projects and fascinating work. One thing that makes Liger disparate from others is the fact that students are meant to become change agents and faithful leaders of the future. I have gotten a lot of opportunities to go to many places and events all around Cambodia, and met many amiable people who are very inspirational.